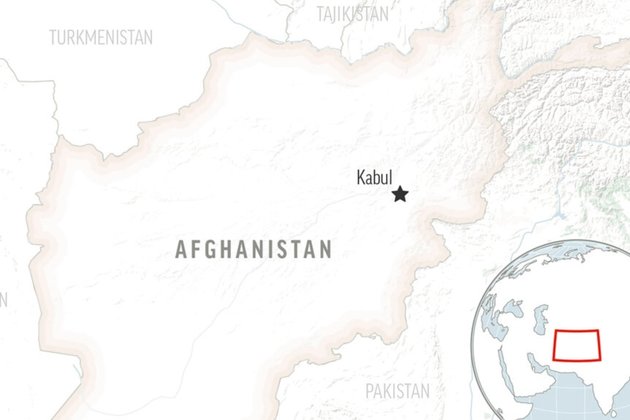 Islamabad - The U.S. special envoy for women, girls and human rights in Afghanistan has sharply criticized the ruling Islamist Taliban for organizing public floggings of people, including women, accused of 'moral crimes' such as theft and adultery.

'This is both appalling and a dangerous sign that the Taliban are becoming more defiant in showing the world that they are embracing the policies of the past,' Rina Amiri said on Twitter.

Her reaction came a day after the Taliban Supreme Court said that 11 men and three women had been flogged 'for different sins, including adultery, robbery and other forms of corruption,' in a football stadium in the country's east.

The announcement noted that the punishment was administered Wednesday morning 'in the presence of respected scholars, security forces, tribal elders and local residents.'

It was the latest sign of the Taliban's application of their strict interpretation of Islamic law, known as Shariah, to criminal justice, and restoring policies of their rule from 1996 to 2001, when flogging took place in much of Afghanistan.

'It didn't end up well before, and it will once again take the country on a perilous path,' Amiri warned.

The Supreme Court said about two weeks ago that 19 people, including nine women, had been lashed in northeastern Takhar province for adultery, theft and running away from home. Each was lashed 39 times, it said.

The Shariah legal system is derived from Islam's holy book, the Quran, and the deeds as well as sayings of the Prophet Muhammad.

Amnesty International urged the Taliban to immediately and unconditionally end the 'criminal practice' of public flogging and all other forms of corporal punishment. The rights watchdog stressed the need for putting in place a formal justice mechanism with fair trials and access to legal remedies.

'The Taliban continue to ignore widespread criticism as they flagrantly flout basic human rights principles in an alarming slide into what looks like a grim reminder of their rule' of decades ago, Amnesty said.

'These outrageous punishments are just another step in the legalization of inhuman practices by the Taliban's cruel justice system and expose the de-facto authorities' complete disregard for international human rights law.'

The Taliban returned to power in August 2021 after almost 20 years of insurgency against U.S.-led NATO troops and their Afghan partners. The international troops withdrew from Afghanistan just days after the Taliban seized power.

No country has yet to formally recognize the Taliban rule because of human rights and terrorism-related concerns. The international community has been pressing the Islamist rulers to reverse restrictions on Afghan women if they want legitimacy for their men-only government.

Since they seized power in August 2021, the Taliban have ordered women to cover their faces in public and not undertake long road trips without a close male relative. They have also ordered many female government staff members to stay at home. Women are banned from visiting gyms, parks and public baths.

While public and private universities are open to women across Afghanistan, teenage girls are not allowed to attend secondary schools from grades seven to 12.

'Now women are sidelined from practicing law & many women judges & lawyers are forced to beg for food for their children rather than use their skills. Such injustice,' she said in a separate tweet Thursday.

The Taliban defend their governance, saying it is in line with Afghan culture and Islamic law.