The Afghan Woman Leader Who Stayed Under Taliban 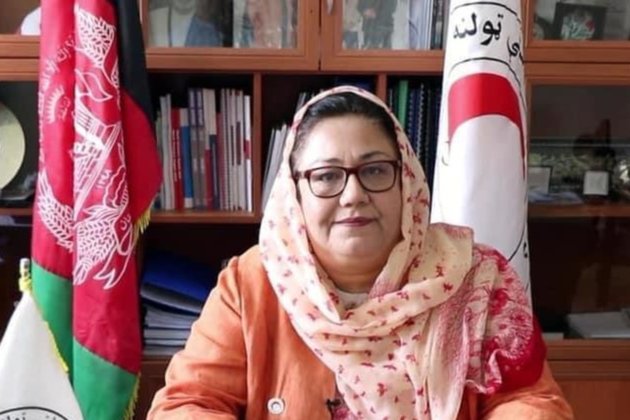 August 15, 2021 was a normal workday for Nilab Mobarez, secretary-general of the Afghan Red Crescent Society (ARCS), a national humanitarian organization of more than 2,000 employees and several thousand volunteers across Afghanistan.

"We did our managerial meeting at 11am followed by some administrative routines," Mobarez recalled, her last day at work.

At about 12 p.m., a colleague showed her a text message on his mobile phone, "The Republic has collapsed. The Taliban are in town," it read.

What followed was a complete breakdown of the institutions Afghanistan had managed to build with unprecedented international assistance. From 2002 to 2021, the U.S., European Union and many other countries and organizations spent billions of dollars to create and strengthen viable state institutions for Afghanistan.

A surgeon and public administrator by education, Mobarez was appointed secretary-general of the ARCS in 2017, a position that allowed her to operate on both sides of the war and deliver humanitarian assistance even in areas under Taliban control.

On the day of the collapse, most senior government officials - ministers, lawmakers, judges and governors - ran to the airport to follow suit with President Ashraf Ghani, who had fled in a helicopter with his wife and close associates, but Mobarez decided to stay put.

"What happened at Kabul airport in August last year was an egregious affront to our national dignity," she said about the chaotic evacuation of tens of thousands of Afghan nationals in U.S. military flights.

U.S. officials have described the evacuation - the largest by the U.S. military thus far - as a successful operation, saying that the evacuated Afghans were protected from possible Taliban persecution. Despite declaring a general amnesty, the Taliban have been accused of targeting some members of former Afghan security forces - a charge the Taliban contest.

"How could a foreign military fly thousands of citizens of a country without passport and visa under such humiliating circumstances?" Mobarez said, adding that she was offered her own evacuation from Afghanistan but she refused.

"This is my country and if I don't stick with it in difficult times who would?"

Living under Taliban rule for more than a year, jobless and taking care of her elderly father, who served as a deputy minister in the former Afghan government, Mobarez still defends her decision not leaving the country.

"Taliban officials have not contacted me," Mobarez said "but in meetings with ARCS employees they have asked how could a woman lead a large organization?"

The Taliban leadership and cabinet is made up of men only and they have imposed many restrictions on women's education and work.

The Taliban's Afghanistan is the only country where girls are banned from secondary schools, public parks, sport centers, and appearing on television without a facemask.

Recently, a friend told Mobarez that a Taliban official rejected, without any explanation, her application for a renewal of her driving license but she still drives in Kabul with the expired license.

The Taliban have not officially announced a ban on female drivers, but it is understood that if girls are not allowed into secondary schools they are also not allowed to be in the driving seat.

"The Taliban don't look at us as if we don't exist for them...sometimes I feel like I'm invisible."

Human rights activists say the Taliban have effectively erased women from the public space in Afghanistan.

"But my mere presence here gives hope and courage to some women. It's like a proof that I live it here with them rather than criticizing it from the outside."

Like few other Afghan women's rights activists, Mobarez says any fundamental change to the status of Afghan women needs to come from inside Afghanistan.

"Only a real Loya Jirga [grand assembly] with at least 30 percent women participation will be able to chart a constitutional path for the future of Afghanistan," she said.

Such a path, however, appears unlikely under current Taliban rule because Taliban leaders claim they only need Islamic legitimacy, not votes from citizens, to govern the country.

"It's going to be a long and difficult path, but we can only make it with perseverance and commitment," Mobarez said.