How to decolonize journalism - Podcast 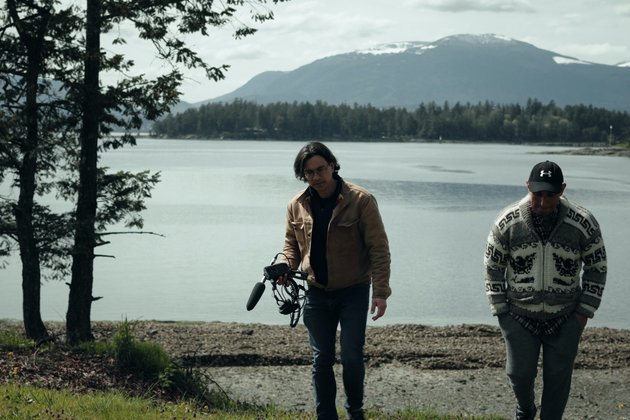 Despite the jokes about our egos, many of us journalists got into the business because we felt a need to call out powerful institutions.

But journalism itself is one of those powerful institutions, and it has failed time and again to address criticisms around who gets to tell the news and whose perspectives get left out.

Some researchers have called this a crisis of journalism, a "digital reckoning." And they are not talking about economics - with local newsrooms and news budgets on the decline - though that is part of it.

When it comes to reporting and covering Indigenous Peoples, journalism's institutions have failed. For example, a good part of the reason so many Canadians are not familiar with the history of the Indian Residential Schools is because Canadian media failed to tell those stories. We failed to address the ongoing colonialism and that has meant that urgent Indigenous issues have been ignored or sensationalized.

And journalism schools only recently began teaching their students how to think critically while covering stories like these.

Our guest on this episode of Don't Call Me Resilient has been working on correcting these issues both in the newsroom and in the classroom.

He has worked at the CBC for over 20 years reporting for The National and as the host of Cross Country Checkup.

Duncan was part of a CBC investigation into missing and murdered Indigenous women that won the Hillman Award for Investigative Journalism. Most recently, he has produced and hosted Kuper Island, an eight-episode podcast that focuses on four students of a residential school in B.C. - three who survived and one who didn't.

As an educator, Duncan has taught journalism at the University of British Columbia and Toronto Metropolitan University. And he just published a new book, Decolonizing Journalism.

You can listen to or follow Don't Call Me Resilient on Apple Podcasts, Google Podcasts, Spotify or wherever you listen to your favourite podcasts. We'd love to hear from you, including any ideas for future episodes. Join The Conversation on Twitter, Facebook, Instagram and TikTok and use #DontCallMeResilient.

Also in The Conversation

Read more: The Toronto Star is making the right move by renaming the Lou Marsh trophy

Our History is the Future by Nick Estes

The unedited version of the transcript is available here.

Don't Call Me Resilient is produced in partnership with the Journalism Innovation Lab at the University of British Columbia and with a grant from the Social Sciences and Humanities Research Council of Canada.