CAIRO, Nov. 23 (Xinhua) -- Egypt is following with great concern the recent Iranian and Turkish attacks in Iraq and Syria, the Egyptian foreign ministry said in a statement on Wednesday.

"Those assaults violate the sovereignty of Iraq and Syria," the statement said.

Egypt called for defusing tensions to stop the bloodshed and to spare the region more factors of instability, according to the statement.

Iranian and Turkish forces frequently attack the military bases of Kurdish militants in Syria and Iraq, accusing them of carrying out attacks in Iran and Türkiye.

The Ground Force of Iran's Islamic Revolution Guards Corps (IRGC) on Tuesday launched a new round of attacks against "separatist terrorists" in the Kurdistan region of northeastern Iraq.

An aerial operation was mounted by Türkiye on Sunday against the Kurdish People's Protection Units (YPG) in northern Syria and the Kurdistan Workers' Party (PKK) in northern Iraq.

The PKK, listed as a terrorist organization by Türkiye, the United States and the European Union, has rebelled against the Turkish government for over three decades. Ankara sees the YPG as the Syrian branch of the PKK. 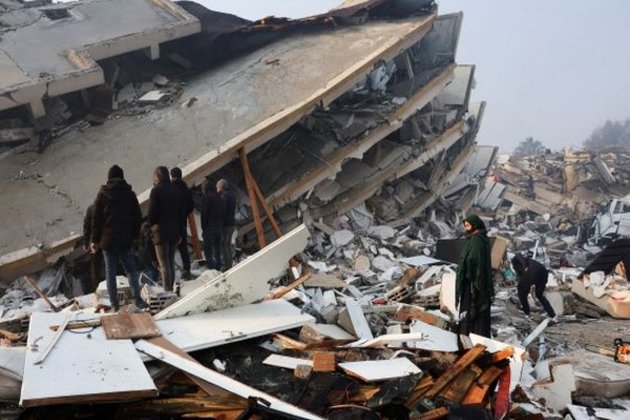 Ankara [Turkey], February 9 (ANI): The death toll from devastating earthquakes that hit Turkey and Syria earlier this week is ...