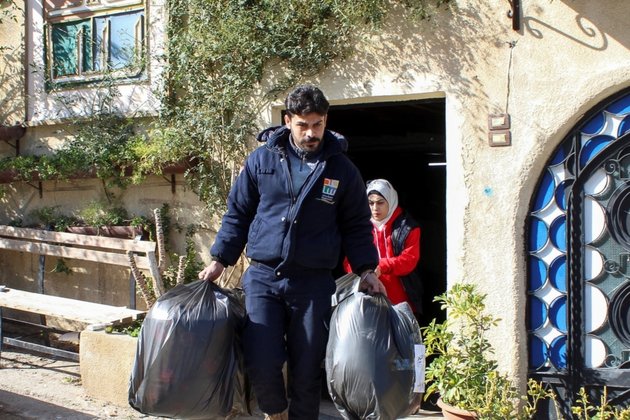 GENEVA - U.N. investigators warn that millions of Syrians face acute hunger as war continues to rage in the country and nearly 15 million depend on humanitarian aid. The latest report by the Independent International Commission of Inquiry in Syria has been submitted to the U.N. Human Rights Council.

With international attention focused on the war in Ukraine, the war that has been raging in Syria for the past 12 years has been all but forgotten. Despite this waning attention, the violence, human rights violations, and desperation of civilians deprived of lifesaving assistance goes on.

The U.N. Commission reports the Syrian economy is in freefall and humanitarian needs throughout Syria are at their highest ever. Commission Chair Paulo Pinheiro says an estimated 14.6 million Syrians are dependent on humanitarian assistance.

"Given this disturbing reality, it is unconscionable that discussions at the Security Council are focused on whether to close the one remaining authorized border crossing for aid, rather than how to expand access to lifesaving aid across the country and through every appropriate route," said Pinheiro. 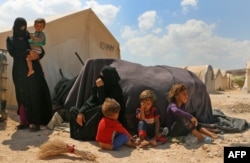 Displaced Syrians are seen at a camp in Kafr Lusin near the Bab al-Hawa border crossing with Turkey in the northern part of Syria's rebel-held Idlib province on September 6, 2018.

More than a million people in northwest Syria risk having aid cut off next week. That's when the Security Council will vote on whether to continue the cross-border delivery of U.N. humanitarian assistance from Bab al-Hawa in Turkey to rebel-held Idlib in Syria. Russia reportedly has threatened to veto the renewal of aid through this corridor.

The Commission says all obstacles to aid must be removed, including those caused by unilateral sanctions. In its report, the Commission describes continued shelling and aerial attacks by pro-government forces in Idlib, which have caused numerous casualties.

It says hostilities between pro-government forces and opposition groups also continue to the east, killing and injuring people, destroying and damaging homes. Similar scenarios, it says, are playing out in southern Syria.

Commission chair Pinheiro says the war continues to create untold misery and suffering for millions of people, including for tens of thousands of children of Islamic State militants whose fate remains uncertain.

"We need to remind this body that 40,000 children are still held in appalling conditions in Al Hol and Al Roj camps in northeast Syria, alongside 20,000 adults, mainly women. Insecurity in Al Hol remains rife, with at least 24 murders reported this year," said Pinheiro.

The Syrian Ambassador to the U.N. in Geneva, Hussam Edin Aala, rejects the Commission's report as being driven by false allegations. He says no political solutions or remedies for the suffering of refugees can be achieved by making what he calls prefabricated accusations, controversial decisions and false reports.

OTTAWA, Ontario: Military trainers from Canada will head to the United Kingdom to teach Ukrainians new techniques for fighting the ...

The EU member-state's parliament says the move is a response to Moscow's ?violence? in UkraineLatvia's parliament, the Saeima, designated Russia ...