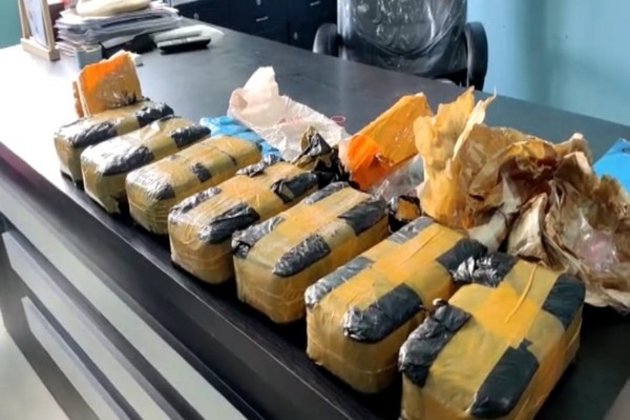 According to the police, the arrested persons were identified as Md. Islam Uddin, Md. Aboi, Md. Sakir Ahmed and hail from Manipur. The fourth accused is identified as Md. Abbad Ali from Bihar. Based on secret information, a team of Guwahati city police led by Partha Sarathi Mahanta, Joint Commissioner of Police had launched an operation in the Gorchuk area in the city and intercepted a dumper truck. "During the investigation, we found one lakh Yaba tablets from the dumper truck. The market value of the seized drugs is estimated around Rs 5-8 crore," Mahanta said. He further said that police also arrested four members of an international drug network including three from Manipur and seized the dumper truck. The consignment was targeted to deliver to Bangladesh, the police officer further said. (ANI)