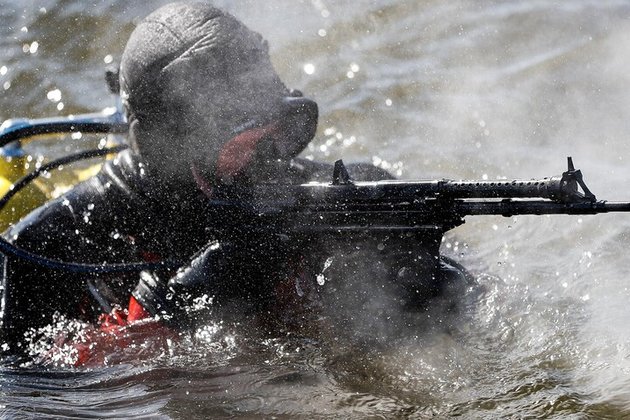 These weapons were specially created for circumstances unsuited even for AK assault rifles.

The AK is the most widespread assault rifle in Russian military forces. But little do people know what other assault rifles Special Operation units have in their arsenal.

Here is a list of weapons that you've probably never heard of, but which are widely used in counter-terrorist operations on Russian territory and abroad.

Visually, the AN-94 resembles a classic AK-74. But on the inside, it differs a lot and has several features designed to increase its shooting capabilities in comparison with Kalashnikov rifles.

"First of all, an AN-94's barrel moves together with the bolt-on every shot. It was made to reduce the recoil and increase the accuracy. In comparison with a standard AK-74, AN-94 is considered two times more precise and easier to operate, due to the stabilized shooting mechanics," says Viktor Murahovsky, editor-in-chief of 'Homeland Arsenal' magazine.

Abakan also received an innovative feature for the early 1970s - a two-shot burst fire mode. The weapon's capable of firing sets of two 5.45x39 mm bullets with the speed of 1,800 rounds per minute, thus sending the second round into the same spot where the first round went. In comparison, an AK recoils upwards and to the right with every subsequent round fired.

"A person can also switch between fire modes with a right-hand thumb like with American AR-15s. It's more convenient than dragging a hard stuck fire selector with a second hand on AK rifles. By the way, Kalashnikov intentionally made its switcher so hard to operate, as military trials proved that an inexperienced soldier could accidentally switch from safety into fire mode and make an accidental shot," the expert notes.

As he also notes, the AN-94 was considered in the early 1970s as the main AK-74 rival on becoming the army's main assault rifle. The weapon outclassed the AK in shooting tests, but its numerous design mechanisms turned out to be too complicated for ordinary soldiers. So, the AN-94 was adopted to Special Operation units and is still used today. 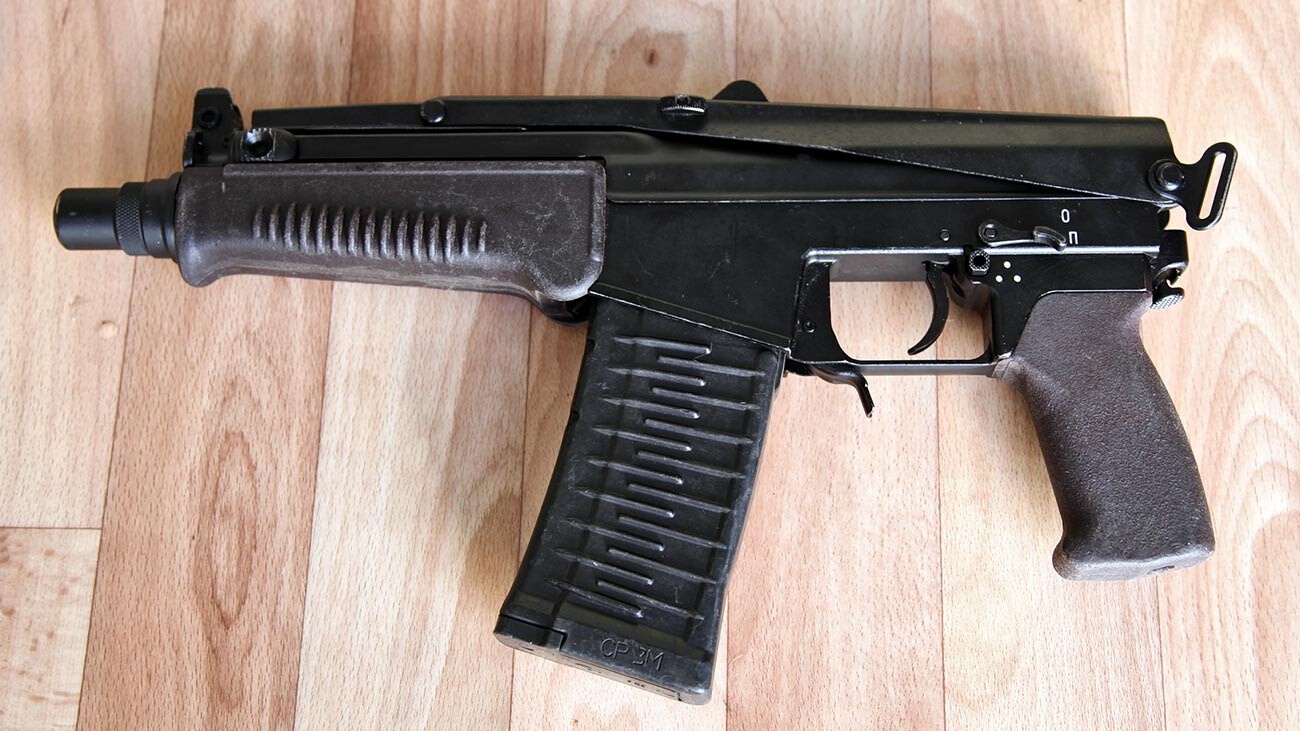 The SR-3 was initially created in the mid 1990s for FSB units for close combat inside buildings, as well as for hitting targets up to 50 meters away in open areas. At the same time, the weapon's producers suggest it's capable of eliminating targets' in 3rd class body armor plates up to 200 meters away from a shooter.

The SR-3 is a small-sized weapon with side-folding stock and can be concealed beneath the coat of a security officer who operates in urban areas in civilian clothes. So, besides an army purpose, the weapon matches all the security forces criteria of a concealed weapon for defending VIPs at public events.

The weapon features a Dovetail rail for mounting optics. A modern version of the submachine gun received two Picatinny rails on sides for installation of lasers, grips and flashlights on the weapon. 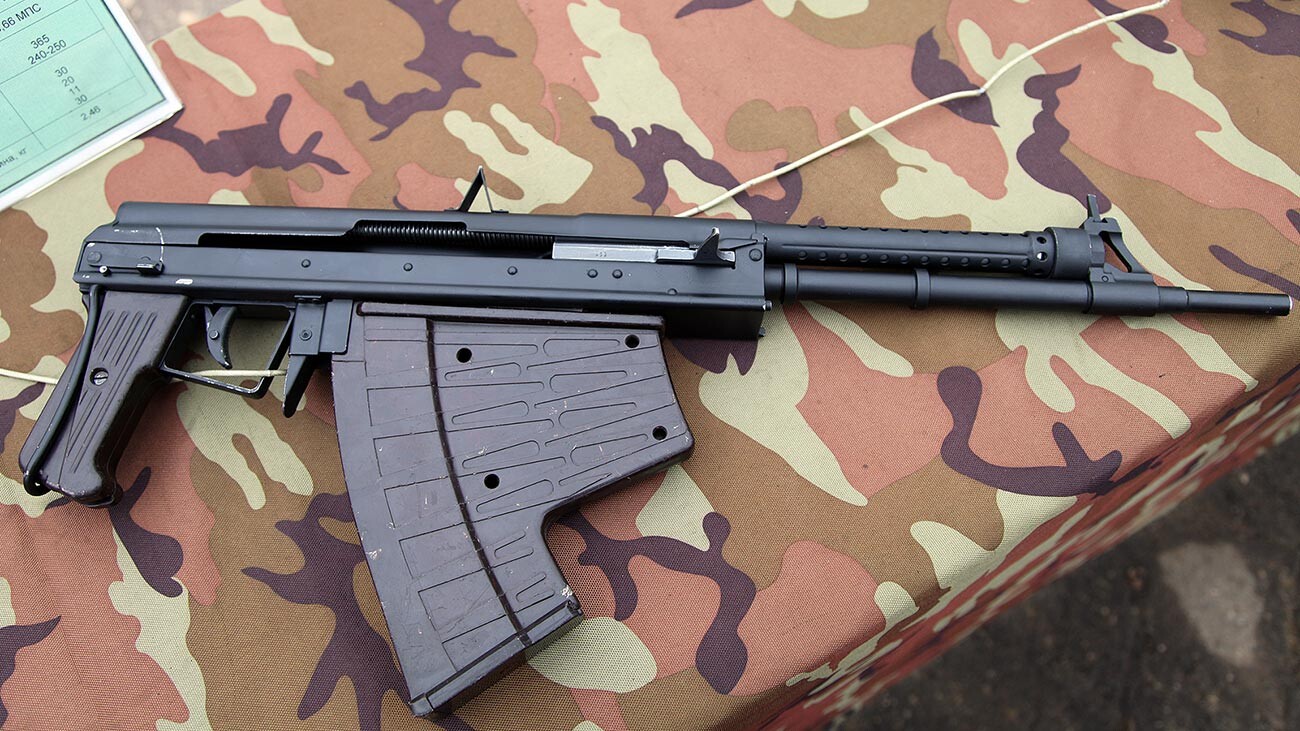 In the 1970s, the Soviet military saw the need to protect its ships and submarines in docks from a potential assault of enemy marines underwater.

To do so, the military command decided to arm its marines with assault rifles that would effectively hit targets both on the ground and underwater.

"A standard army AK-74 didn't fit well for these circumstances, as its bullets lost their velocity, due to the water density. To put it simply, rounds that would effectively eliminate a target 100 meters away from a shooter were powerless against a target situated a couple of meters away in the water," says Murahovsky.

For these purposes, Russian engineers created 115-mm long needle-shaped rounds that could effectively "pierce" through the water and after that created an assault rifle suitable for this ammo - the APS. The weapon was capable of hitting a target 30 meters away from a user five meters underwater.

It had both semi- and full-auto modes and 26 "needles" in one magazine.

"Military tests showed that APS is quite effective underwater, but its spear-shaped rounds are no match for standard rounds on ground. These weapons are used by marines and divers in Russian military docks and to protect Russian ships in the Syrian port of Tartus," adds the expert.

Please enable JavaScript to view the comments powered by Disqus.