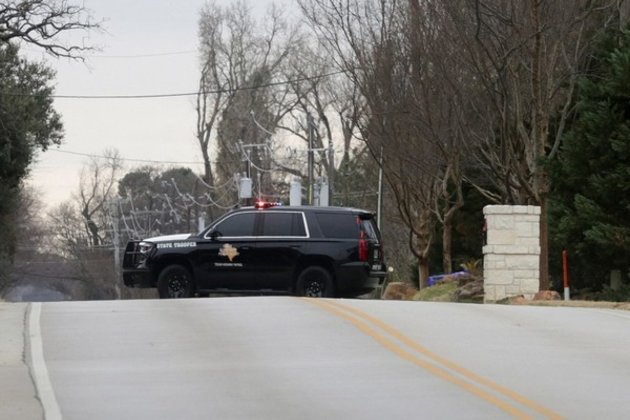 By Reena BhardwajTexas [US], January 16 (ANI): A Police SWAT team in the southern US state of Texas is negotiating with a man who appears to have taken hostages at a synagogue in the town of Colleyville, Dallas.

The police department in Colleyville said in a tweet at 11:30 (16:30 GMT) that it was "conducting SWAT operations" at the address of the Congregation Beth Israel. Two hours later the department said the situation remained "ongoing".

A live stream of the Shabbat morning service at the synagogue on Facebook captured audio of a man talking loudly when the incident started. According to the law enforcement officials, the hostage-taker demanded the release of the Pakistani scientist Aafia Siddiqui, who was convicted of trying to kill US military officers while in custody in Afghanistan. Siddiqui is currently being held at FMC Carswell, a federal prison in Fort Worth Texas.

According to reports, the suspect demanded to speak with his sister on the phone amid the ongoing hostage situation.

The Fort Worth Star-Telegram reported that an angry man could be heard ranting and talking about religion at times during the Livestream, which didn't show what was happening inside the synagogue.

Shortly before 2 pm, the man said, "You got to do something. I don't want to see this guy dead." Moments later, the feed cut out.

The man, who used profanities, repeatedly mentioned his sister, Islam and that he thought he was going to die, the Star-Telegram reported.

Law enforcement officials in Texas are trying to determine whether or not the person holding the Rabbi and potentially others hostage is in fact related to Siddiqui.

White House Press Secretary Jen Psaki put out a tweet announcing President Joe Biden has been briefing about the hostage situation in Texas.

"@POTUS has been briefed about the developing hostage situation in the Dallas area. He will continue to receive updates from his senior team as the situation develops. Senior members of the national security team are also in touch with federal law enforcement leadership." (ANI)