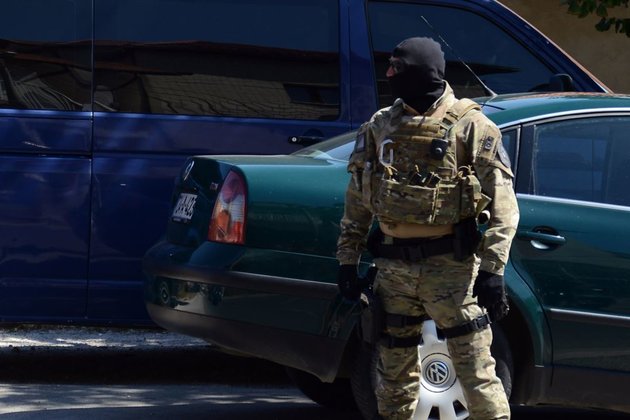 SARAJEVO -- Authorities in Bosnia-Herzegovina say they have arrested nine ethnic Serbs suspected of involvement in the killings of 44 Muslim Bosniak civilians during the 1992-95 Bosnian War.

The nine men, all Bosnian Serb former military officers and troops, are suspected of having 'planned, organized, and taken part' in the killings and persecution of Muslim civilians in the area of Sokolac in southeastern Bosnia, the country's prosecutor's office said on September 16.

In September 1992, Bosnian Serb forces seized the village of Novoseoci, some 40 kilometers from Sarajevo, and took the male villagers to a waste dump where they were shot dead, it said in a statement.

Women and children were expelled from the village.

A mosque in Novoseoci was later destroyed and its debris thrown over the remains of those killed. The victims, aged 14-82, also include a woman killed during the attack.

Bosnian prosecutors said former Bosnian Serb commander Radislav Krstic is also a suspect in the case and will be questioned in Poland where he is serving a 35-year prison term handed down by a UN war crimes tribunal for the former Yugoslavia on charges of aiding genocide,

Bosnian authorities will seek the extradition of an 11th suspect, identified as K.N., who is currently residing in Canada, they added.

The killings in Sokolac came at the beginning of the Bosnian War, which pitted Serbs against Bosniaks and Croats, claiming some 100,000 lives.