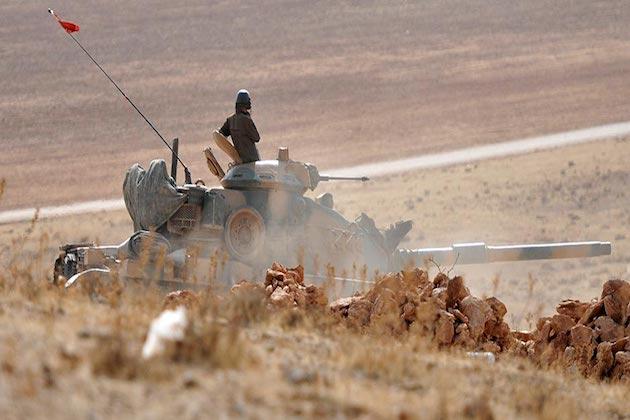 LUXEMBOURG - All countries in the European Union have agreed to impose a ban on the sale of weapons to Turkey.

The measure follows the Turkish invasion of northeast Syria which has been roundly condemned internationally.

The agreement to suspect all arms exports to Turkey was reached unanimously at a meeting of foreign ministers of each of the 28 states at a Foreign Affairs Council in Luxembourg on Monday.

"I attended the Foreign Affairs Council in Luxembourg, where my EU counterparts and I agreed unanimously that all EU Member States would suspend arms exports to Turkey, given Turkey's unacceptable unilateral military action in northeast Syria," Ireland's Tanaiste and Foreign Affairs Minister Simon Coveney said Tuesday.

"The EU condemns Turkey's military action which seriously undermines the stability and the security of the whole region, resulting in more civilians suffering and further displacement and severely hindering access to humanitarian assistance. It makes the prospects for the UN-led political process to achieve peace in Syria far more difficult. It also significantly undermines the progress achieved so far by the Global Coalition to defeat Daesh, stressing that Daesh remains a threat to European security as well as Turkey's, regional and international security," the council said in a statement after it's meeting.

"The European Union remains committed to the unity, sovereignty and territorial integrity of the Syrian state. These can be assured only through a genuine political transition in line with UNSCR 2254 and the 2012 Geneva Communique, negotiated by the Syrian parties within the UN-led Geneva process," the statement said.

Turkey is a key partner of the European Union and a critically important actor in the Syrian crisis and the region, however the council says Turkey's security concerns in northeast Syria should be addressed through political and diplomatic means, not with military action, and in accordance with international humanitarian law.

"The continued efforts of the international community, including at the UN Security Council, in order to stop this military unilateral action are urgently needed," the statement said. The Council has also called for a ministerial meeting of the International Coalition against Daesh in order to address how to pursue its efforts in the current context.