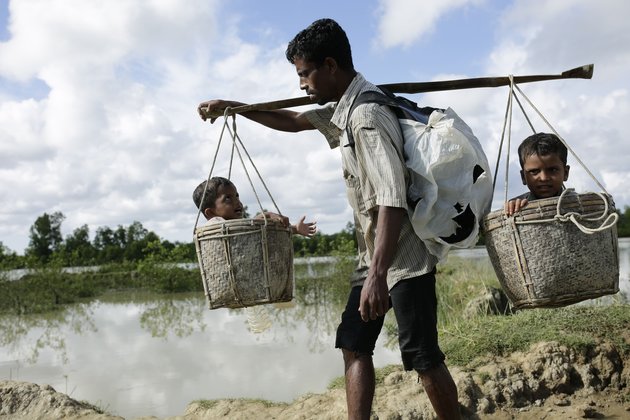 All over the world, people - and whole communities - are suffering from persecution purely because of their religion or beliefs. This kind of violence - including attempts to annihilate whole religious groups - is on the rise.

In the past five years alone, there have been two mass atrocities which meet the United Nations' legal definition of genocide.

So on August 22 - a day specially established by the United Nations to help raise awareness of this discrimination and abuse - shines a light on those dark corners where acts of violence based on religion or belief are a daily reality.

In 2014, Daesh (Islamic State, ISIS, ISIL) attacked religious Yazidi and Christian minority groups in Iraq in an attempt to destroy them and establish a purely Islamic state. Daesh's campaign of terror involved murder, kidnapping, people trafficking, rape, sexual slavery and the destruction of cultural heritage. All this because the victims belonged to different religious groups.

In 2016, atrocities perpetrated by the Burmese military against the Rohingya Muslims in Rakhine state reached the level of genocide, resulting in more than 700,000 people forcibly displaced to Bangladesh in pursuit of a safe haven.

Read more: Rohingya crisis: a year since it shocked the world, what's changed?

As the independent international fact-finding mission on Burma reported, "the nature, scale and organisation of the operations" suggested a level of pre-planning and design on the part of the Tatmadaw (military) leadership". The atrocities reinforced the vision of the commander-in-chief, senior-general Min Aung Hlaing, who sought a solution to what he referred to as "The Bengali problem".

By the Bengali problem he meant the Rohingya Muslims who for decades have been referred to as illegal immigrants from Bangladesh.

In Nigeria's Middle Belt, Christians farmers have been slaughtered by Fulani herdsmen, attacks that have claimed hundreds of lives. Meanwhile in northern Nigeria, Boko Haram continues to terrorise the region and kill anyone who does not agree with its perverted ideology.

An estimated one million Uighur Muslims have been detained in so-called "re-education camps" which are designed to strip them of their religious and ethnic identity and replace it with absolute loyalty to the state. Also in China, members of Falun Gong (a religious spiritual practice) are imprisoned and many of them subsequently disappear without a trace.

Read more: The history of China's Muslims and what's behind their persecution

In Pakistan, religious minorities, including Christians and Ahmadis, are subjected to severe discrimination that often translates into acts of violence perpetrated with impunity. For example a Christian couple, Shahzad and Shama Masih, were beaten and burnt alive by a mob for allegedly desecrating the Koran.

There have been instances of Christian and Hindu girls and women being abducted for forced conversion and marriage, while religious minorities suspected of blasphemy have been attacked and murdered by angry mobs.

But even the justice system is not able to provide victims with a fair trial or redress. For example a Christian woman, Asia Bibi, spent nine years on death row after being accused of blasphemy. Her conviction was ultimately overturned after an international outcry but there are many more facing death on accusations of blasphemy.

So what needs to be done?

States and civil society representatives must mark the International Day Commemorating the Victims of Acts of Violence Based on Religion or Belief uniting behind the common aim of addressing this neglected issue.

This initiative is intended to raise awareness and provide a springboard towards an action plan rather than being an end in itself. What will become of this day is up to all states, civil society and individuals. Everyone needs to play their role in making this a meaningful day - one that can bring a change to the lives of the people targeted for their religion or belief.

Any action plan needs to address the different types of atrocities perpetrated in different parts of the world and improve human rights by adjusting them to international standards. Introducing mechanisms to strengthen implementation and oversight would be key. Also, placing more focus on criminal prosecutions would help deter crime and human rights violations.

The Bishop of Truro, Philip Mounstephen, published a report in July 2019 into the Foreign and Commonwealth Office's response to the persecution of Christians around the world. The report contains several recommendations on how to strengthen its response.

The report says more should be done to obtain reliable information about the situation of persecuted communities. It calls on the FCO to introduce new implementation mechanisms to strengthen its response to persecution and champion the international efforts on combating impunity for mass atrocities based on religion or belief. While the recommendations were written with the UK's FCO in mind, these are valid recommendations that could be adopted by other states as well.

As Lord Ahmad - the minister of state for the Commonwealth, the UN and South Asia - has emphasised:

WHO: Coronavirus could spread to other countries "in coming days"

GENEVA, Switzerland - The World Health Organization (WHO) says the novel coronavirus could spread to other countries "in the coming ...

BRASILIA, Brazil - Brazil has shown a marked increase in foreign investment over the last year, pushing it from sixth ...

NEW YORK, New York - Fox News has doubled down on the impeachment of President Donald Trump, with its top ...

Caribbean and Latin America deadliest region in world for journalists

It has been a deadly decade for journalists across the world, however last year there was a glimmer of hope ...

BAGHDAD, Iraq - Two rockets have landed near the U.S. embassy in Baghdad located in the heavily fortified Green Zone, ...

Taking a look at the politicisation of antisemitism

LONDON, UK In 2004 Greg Philo and Mike Berry authored Bad News from Israel, a ground-breaking work for the Glasgow ...

BAGHDAD, Iraq - Two rockets have landed near the U.S. embassy in Baghdad located in the heavily fortified Green Zone, ...

Taking a look at the politicisation of antisemitism

LONDON, UK In 2004 Greg Philo and Mike Berry authored Bad News from Israel, a ground-breaking work for the Glasgow ...

DUBAI, UAE - The 800MW third phase of Dubai's solar park will be operational in April, the Dubai Electricity and ...

Iranian Student Denied Re-Entry to US

An Iranian student returning to university in Boston was denied entry to the United States and sent out of the ... 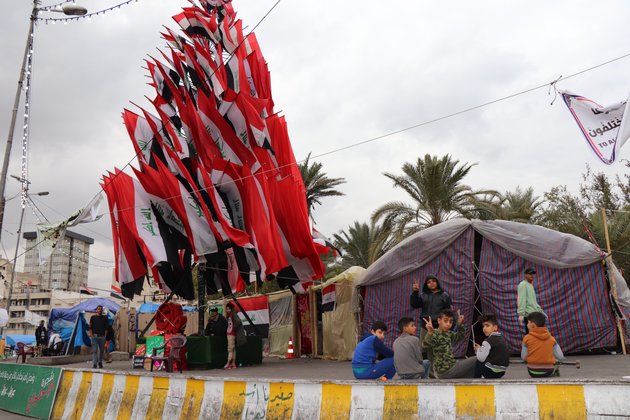 BAGHDAD - "Militias kidnapped my son," shouts Umm Mohammad, a 43-year-old mother of two, under a tent awning in central ...